New to the SHO universe

Hi all! I'm Eric and I live in East Central Florida on the Space Coast, not my first pony in the Ford arena. I used to play in the late 80's Mustangs set when Florida Highway Patrol was selling them off, had a 85 with a 302 4bbl & T56 and an 87 EFI. I've also had a few Crown Vics and a Mercury Grand Marquis over the years so I'm pretty familiar with the Panther platform cars. Plus I played in the Euro performance world for a little while, owned a 2008 Mercedes E63 tuned, 550hp, 186 mph top end. Fun car that would pass everything except a gas station, but it was a maintenance hog for sure! Every time it'd pass a dealership or an independent shop I'd feel my wallet trying to float out of my pants, finally I had enough of that!

My wife's been bugging me lately to resume driving again, she took a hiatus a while back due to some medical issues. She likes the look of the Taurus so I told her the only way I'd get one is if I found a deal on an Ecoboost version. SO.... a few weeks later I'm the owner of a 2013 Sedan PI with the police Ecoboost package, 3.16 ratio (I've heard some people refer to them as SHO-Lite) that I came across on complete randomness. 146K miles, started life as a detective car for Village of North Palm Beach in Florida, served roughly 5 years & 100K miles with them until it met a BMW it didn't like one day (yeah, it left a BMW grille imprint in the LR door). Car got sold to a flipper that fixed the body damage and resold it to a guy in North Florida. I bought it from him on a hardship sale and so far have put around $4k cleaning it up, fixing problems, and doing things over that should be done right the first time. And I'm not done yet.... it's got to hit the trans shop later this week, really nasty torque converter chatter. The steering rack has split personalities, it can't decide whether it wants to work or just sit there and make you get a workout to go around corners, lol! I spent a few hours yesterday reactivating the horn on the steering wheel, naturally the upfitters just yanked out all the police gear and didn't reconnect anything... and what's amazing is the new owner drove around without a horn... for 3 years! GRRRR..... After I changed the steering wheel to leather from the hard plastic bottom-tier wheel I tackled that problem, cut ground loop in the police upfit harness in the bottom of the center stack which I finally found after about 2 hours of disassemble & hunt, lol! After I pull all that police crash bracing out of the rear I'll be on the hunt for a carpet set & a decent seat set for it. Already have a set of SHO door panels located.

But anyway, that's the 30-second version. I also own & operate a popular automotive forum over across the street in Bowtie land so I'm no stranger to the forum world. I'd like to connect with some Coastal or Central Florida owners to compare notes. The car's a work in progress for sure with more fun yet to come. Sad thing though is by the time I'm done I'll probably be no better off then if I found a used authentic SHO locally for a reasonable price. I'm crossing the $8,500 mark invested probably today, lol!!

Welcome! Keep a maintenance fund with those miles and enjoy.

Welcome. I am actually looking at 2019/2020 E63's. Good times. The SHO/PI are pretty cool cars. Get yours tuned and it will make a world of difference. 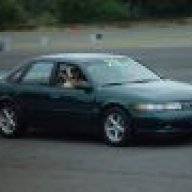 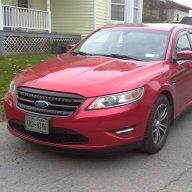 Welcome
You must log in or register to reply here.

1993 ATX owner, new to the forum and new to wrenching on cars

W
New to me police interceptor