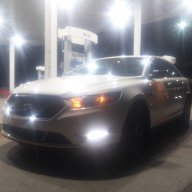 HOLY CRAP! Awesome story.....man o man I bet you were Pi$$ed!!!!! That's not cool. Things happen for a reason I suppose!?
I drove my Boss's SHO and I fell in love. I lost about 5 SHO's to quicker sales before I found one and was able to put a deposit on one. All I knew about them at the time was that I wanted a PP version or I wasn't buying it. For me it was the gear ratio and the traction control garbage. I didn't know of all the "upgrades" that occurred in 2013 so, I basically got $hit lucky in that department. I bought my SHO probably close to you. I had a bunch of airline miles saved up so, I flew out to Brighton MI and grabbed it from Brighton Ford; It was a lease return. I ended up driving straight down to LMS, buying down pipes and the standard performance pack like the plugs, t-stat, intake, tune, and 3 bar map sensor and then driving it back home to VT. I couldn't take it any longer and halfway across New York at a fuel station I put the tune on the car. Yeah, that was when I realized how mod happy these cars are. Welcome to the fam! 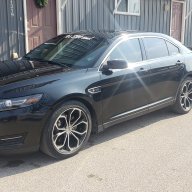 Thanks man! When it first hit my radar I called immediately! It had just come in as a trade and still hadn't been through inspections or been put on the website yet. I called and salesman new nothing about it and promised he wouldn't sell it after I told my story. Talked everyday until inspections were done/maintenance. He calls me one day asking if I'm sure I want it because 2 of the services department guys are arguing over which of them gets to buy it! I set up an apt to view the car, (still on the service lot) and tell the salesman "don't you ******* dare sell this car, I was willing to put deposit, anything but don't sell it" he couldn't take any money as not technically for sale yet but we talked everyday until the day day I took it home! What happened was someone in office put it on CarGurus as soon as it came in then they took it off same day. It wasn't for sale yet i guess. I just happened to see it and called. He was like how do you know about that car? Lol are you sure we have one? Crazy story but true. Like I said, it just worked out and I got lucky! It was a very exciting/stressful couple of weeks! Sorry for the book, not a short story! 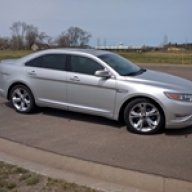 StevieSmooth said:
Thx for the input! I know I said I was gonna wait on a new tune for a bit but that last about 20 mins before I was researching other tuners! I'm sure it'll happen this spring after a few maintenance/mods. Speaking of, I just had dealership change RDU fluid but they refused to do PTU. I'm doing it next weekend, any recommendations? Was thinking this:
Click to expand...

Buy Royal Purple if you like spending 2-3 times more than any other comparable gearlube I guess. It's all going to need replacing every 10,000 miles or so when it's fried anyways. Better yet, save the money and replace it every engine oil change and you'll never have trouble. 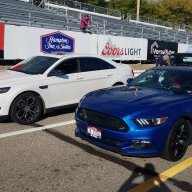 StevieSmooth said:
I kinda fell into the SHO. Always admired them from afar but never saw myself in one. I live in mid Michigan and drove down to mid Ohio to test drive/most likely buy a Focus RS. When I was 5 mins from there I got email saying car I was interested in was sold. I called and confirmed they sold it yesterday! This is after talking all week to them making sure they hold it for me. I was ****** and just made a big scene when I got there. They actually tried to sell me another car and that wasn't happening! Long story short, I bought the SHO 2 weeks later about 10 miles from my house! Its was a crazy couple weeks.
Click to expand... 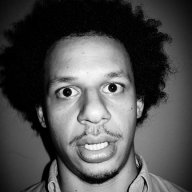 A web software service https://mlsdev.com/services/custom-software-development is a collection of open standards and protocols that provide functionality to multiple applications. The main advantage of a web service is that the user does not need to host the application on his or her computer. All they need is an Internet connection and a modern-day browser. The software is hosted on a server owned by the provider. The user must be logged into an account to access it. The account may belong to a single individual or an organization.
Last edited: Mar 25, 2022 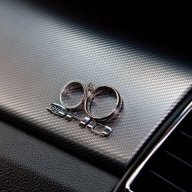 Toolman said:
It’s shaping up to be a great convention!
Click to expand...

It sure is! I'm so excited!

www.shoclubofamerica.com
You must log in or register to reply here.