In the fence about an EPP CAI. Is the performance benefit worth the purchase? Thanks.

It’ll let the turbos breathe a little easier and it’s seen in data logs, it will drop WGDC % a few points. So if lets say you ran 18 psi boost at 84% WGDC before the dual CAI, after adding it, it will now be 18 psi at like 80%, something like that.

Plus it looks great. 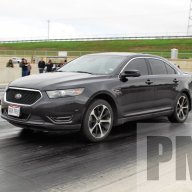 802SHO said:
It’ll let the turbos breathe a little easier and it’s seen in data logs, it will drop WGDC % a few points. So if lets say you ran 18 psi boost at 84% WGDC before the dual CAI, after adding it, it will now be 18 psi at like 80%, something like that. 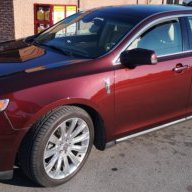 Tailgaters will be prosecuted.

EDIT: I will throw in some more here to explain how the engine works in relatively simple terms. As of late I've been dealing with some issues that have made me delve a bit deeper, than I had in the past, into the control systems.
The control systems for the engine have limits set into them. The computer system in order to satisfy the drivers requests, looks into what driver is asking of the system to do. The short version of this is when you put your foot to the floor the computer sees you want everything from it. This is called a torque demand. Now the computer sees this torque demand and excluding available traction and drivetrain limits that are set, calculates how much air is necessary to meet that torque demand. Now if your limit is set at say 600 ft pounds of torque it will work to supply enough air to achieve that.
It takes so many pounds of air to burn so many pounds of fuel.
There is also a boost pressure limit set in the system. As long as you do not exceed the Boost limit the computer will add as much boost as is necessary to supply the requirements of the torque demand. This is called an air demand. So if your wgdc is dropping, you're more easily meeting your air demand.
In my case not only is my wgdc dropping but so is my boost pressure due to air demand being met more easily. Unfortunately I've been experiencing other issues that I'm hopefully soon to rectify. Anyone else care to chip in and correct any mistakes I might of made here?
Last edited: Jul 5, 2022 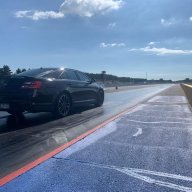 One other point of interest, you will be able to fill trans fluid without pulling anything out of the way, that sold it for me.
You must log in or register to reply here.

K
EPP INTAKE..UPDATE TUNE OR NOT?

Wait for HPFP or go with Meth or .... Nitrous