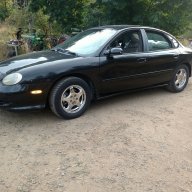 stephen newberg said:
Overall Vancouver Island is pretty temperate, but the world is warmer than it was when I bought the car. The day before yesterday it hit 31C here, which would be, let me think, about 89F. And that is in early June. By late July and into the first couple of weeks of August we regularly will get into the mid 30sC, which is 95F and above.

I have not had any overheating problems of note during that except when going over the mountain on the way to Victoria. On the going up side the water temp gauge has, on occasion, gotten as far up as maybe 2/3rds. Mainly I watch oil and auto trans fluid temps, though, as I have gauges for both. Even in the heat and mountain climb conditions, I almost never get transitions on either above 200F, and in normal use the oil temp will be 160-170F while trans fluid tends to hold in the 140-150F range.

Sounds like your temps are very similar to here. Thank you for all the info.
I will look into a obd2 reader. Thanks for the link on the other thread
S

Just a shameless plug, the OBDLink MX+ is on sale today. $10 off with promo code.
Promo Code: 931EC5NT

I think the code is only good this weekend.

We have 79 F here today and I had to take the car many time to circulate in city. The car react a lot better, more nervosity, no exhaustion, seems to have also a better fuel consuption and fans run a lot less.

If someone with 2 SHO and have to change already some heat sensor and don't bother to try one with this "no tail t-stat mode", it could be usefull for the community. It could be an improvement, maybe as t-stat always having "feedback" from the heads heat (which is the hottest place on engine).

Someone in a southern state...

As we are already getting temps at 113°F around town, I'll be looking at doing a couple of test runs with some different configurations. I'll look into the no stopper version of a T-Stat, as well as a full flow version.
S

Wow, that is hot.

I will be very interested to read your observations Gamefanatic. It could confirm the amelioration of heat management for our engine. As mine wasn't stock, I cannot say the one in place was working properly.

I'm not sure is free flow is a good idea however because the engine will heat up slower and once heated, all the coolant will be hot (cooling property could be affected... (?) But hey, you're in California and I know that free style is a way of life in your state ! I will not argue more then.

I continue to observe the behavior of mine, 95F (35C) today according to my SHO and the car react a lot better and doesn't seems exhausted like before. The needle had some peaks to 3/4 but the car had more power than before in this range. Just want to let you know.

There is no doubt the stock had the tail. Its part of a common design used in many vehicles. Our vulcan SLO's did not have this design though. Not sure about the Duratec's. Never played with those much.

We unfortunately haven't had a day much over 95°F in the past two weeks. Expecting next week to be warmer. Not sure I will have time over the next few weeks to play around. Busy month, but will try to play with some variations by the end of the month.
W