. . . but stranded in my work parking lot, hence this post here and not Emergency Issues . . .
Car wouldn't stay on for more than a few seconds when starting last night to go home. It's been chilly here in the Sunshine State the past couple of days so my suspicions of clogged exhaust seemed to be the case, possibly made worse by the cold. Well, unplugging IAC allowed car to run for about 30 seconds before dying after initial start-up period; eventually plugged it back in just to get previous scenario. It wasn't till this point that I checked for codes and of course, I see the IAC code (P1514 or something). Oil was quite a bit low too (3/4" below the hatching on dipstick), so I had my ride bring some Motorcraft 5w-30.

Though I do need to address exhaust, I'm thinking that replacing IAC is the best starting point (even though it's only been in car about 5 years). Any other suggestions?

Sidenote: I was able to drain about 2 ounces of beige fluid from con can. The setup seems to be working like a champ.

Have you checked the fuel filter? 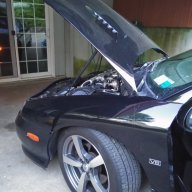 Hold throttle open a little while someone starts it? btw mind if you show your con can setup?

DAMN! I hadn't thought of the fuel filter and/or pump (currently on original pump, filter's about 10 years old). I do typically run tank down pretty low which I know sends sediment straight to the filter. A couple years ago I scored the body under rear seat where Eric had measured cut out lines for accessing fuel pump, so it may be time to make use of that. I think I'll replace fuel filter first, then if still a no-go, clean up IAC and re-try before buying new one. If that doesn't work, I guess I'll need a tow home to start looking at replacing FP.

As for the con can, check my posts from like late 2017 and early 2018. It was part of a multi-project thread. I made a video of the components before sealing the can up, explaining the setup but I must have been tired because I was almost incoherent in the video. LOL I think I also have some pics of inside of can before sealing as well.
Z

Have had this problem before with sudden cold snaps. Cold air is a lot more dense, so to control the idle the IAC closes up, in your case further closed than it probably has in a long time. This causes the plunger to travel on the rod it rides on into an area that could be gummed up making it stick. You have a 50/50 chance of cleaning an IAC so with a shot with carb cleaner and qtips. Or wait till Saturday when it goes back to 70 F and try it then.
S

Though if you have not put in a new fuel filer in 10 years, it might be a good idea to change that old one out also.

Assuming no rain in forecast tomorrow, I'll bring equipment to lift car and change filter. I think last time I tried doing it while on the ground and it was just too much a PITA so I jacked it up. Going to take IAC home tonight and clean. Hopefully one or both of these will at least get me home. Fuel pressure check will be on front burner as well as <sigh> exhaust.
Thanks for all the info; will update on progress.

So I didn't "clean" the IAC per se, just shot some wd40 and worked the plunger a bit. It was already pretty clean, and inside the bores on top of TB were clean as well (credit the K&N panel). So reattaching the IAC did nothing, and unplugging gave same results as before, ran for 20 or 30 seconds before dying.

Got a new fuel filter but don't think the old one was really in need of replacement considering how gas poured freely from it after disconnecting. Lost about a cup of gas in the process - don't remember that happening before. I could stop flow of gas from the outlet (front) by putting a finger over the inlet (rear). I was disappointed in Motorcraft since the filter didn't come with new clips. At this point, I could keep it running by giving it lightly sustained thottle, but it just didn't sound or feel right, and I felt like I was likely doing damage.

However, as a final check, I set the idle a bit higher using small piece of folded cardboard over the little set screw on back side of TB. Got it to idle around 1500 and went back to listen to exhaust. Oh boy . . . popping a bit, which I assume was a rapid build up and release of exhaust gas at higher than normal pressure. Does this make sense? I didn't think this would be caused by low fuel pressure. I did check Schrader valve but only to see if there was any pressure. Also, the guy that sold me the filter suggested I leave rear line loose before installing new filter and turning key to ACC to see if strong jet was produced. I was by myself so wasn't able to do that, and fuel level was very low already.
Last edited: Feb 1, 2020

if the exhaust was clogged that would mean the exhaust valves are getting really hot so careful on that. actually the whole engine will get hot real quick fans would kick on.

Once upon a time, long, long ago, Uncle Larry grenaded a catalytic converter. The debris clogged his 3rd cat which corked the whole exhaust system.

Car would start and run a few seconds and die no matter what we did.

I disconnected the pipe to the bottom of the EGR valve and let it hang open. Restart car = stayed running now.

It is a simple test. 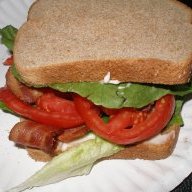 Here is how to set the base idle and give the IAC the most headroom to work with.

With the engine warm to operating temp, Turn the idle stop screw in so car is idling fast, disconnect the IAC and turn the throttle stop screw to a point where it idles at around 450 rpm. Then turn car off, plug in IAC and disconnect the battery. Wait a minute and start it up. If the IAC is working right it should idle around 750 or so.

I believe the stock ECU idle target is set to 650 rpms.

Eric, thanks for the tip. So this directs all exhaust through the egr hose or just the rear bank? Even the latter, wouldn't this cook the motor bay after a few seconds? I can see myself removing the hood to get the car to a shop. I'd be happy to show off the Carterized intake LOL
E

On Uncle Larry's car the third cat was the one with all the debris in it, so the y-pipe was able to allow the exhaust from the front bank to sneak backwards up the rear bank. It was not ideal, but it let out enough pressure to run us long enough to prove theory.
I didn't leave it run for too long but yeah, it got pretty hot. Certainly wouldn't want to drive it like that.

Perhaps dumping the 02 sensors as 99sho-time mentions would allow me to get to the shop down the street - splits up the exhaust pressure into 2 ports. I honestly don't know which of the cats is clogged, but at almost 22 years old, I'm inclined to replace y-pipe with cats; bypasses labor for cutting/welding for cats. So on that topic . . .

Is the unbolting of stock y-pipe for G3 SHO (late 90's taurus) typically an "issue". This is what I'm being told by local exhaust shop.

To whomever reads all my rants here, Thank you!

I realize its an old set of cat's, but don't ignore that there may be a fuel or other problem leading to them being clogged. Replacing them may yield years of operations, only to be gummed up again. Be sure to investigate if something else may have led to this failure.
S

Ryan I had no real issues other than standard old nuts needing to be torched off when removing the OEM Y pipe to replace it and the cats. I am not sure why a shop that does exhaust would consider it a problem.

Prudent advice gamefanatic (see below). Stephen, I think perhaps it's a regional thing; more predictability with late models, such as when tech at local dealer bawked when he saw my IMRC box was gone - they wouldn't touch it claiming it had been "modified" and the service manager concurred (he may have actually made the decision). But OH, when I mentioned my '15 F150, his eyes lit up as he told me all the services they could provide . . .

Re: cats -
I have run seafoam through brake booster once or twice, and maybe a few ounces in full gas tank, but I think the most likely culprit (other than 22 years) is that when I cleaned out the intake valves a couple years ago, I used a fair amount of carb cleaner. It did say "safe for cats" or something, but I may have gone a bit overboard because of this. Probably a dozen or so bottles of Techron or similar over the life of car thus far. Lube in K&N panel, which I've run most of the life of car, but I think that's only an issue with turbos. Yes, I run one in my 3.5EB F-150.

Oh yeah (my previous message wasn't long enough), I got new IAC in the mail yesterday, so brought it and some tools along with me to work this morning. Got to work - forgot the keys! DOH!!!!!! I want to be SURE the IAC is not the problem, or rather, that a new one won't improve things. If not, it'll be off with the EGR valve tube and if that allows steady state, I'll reattach and remove upstream O2s to drive to muffler shop. Can't wait to hear how it sounds . . .

New IAC didn't do squat. (The black plastic connector spun a bit in the cylinder, so not sure if that's an issue or not.)
Had to snatch the battery since it's declined below starting voltage. C-TEK to the rescue, then back to Dirty Girl.
Not giving up on her anytime soon . . .
You must log in or register to reply here.
Share:
Facebook Twitter Reddit Pinterest Tumblr WhatsApp Email Share Link