76FoMoCo said:
I think it was in March. I did 4 pulls 2 without meth and they where the first two and the last two are with meth in about an hour so the car was a bit more heat soaked at the last two. I am only spraying 600 mL and its just for cooling. I have about 5 trips to the dyno over the last few years as I added bolt on's and different tuners. what I found the 91, 93 tunes gain more from the meth than the E30 tunes. my kit is the alky controls kit and it is progressive. I start spraying at about 1 psi. The cool thing is with the GH IC and meth I'm usually around ambient to -15 below ambient temp at the end of the 1/4.
Click to expand...

At 1psi? Never tried that. I’ve always done 6.5-8psi and I can’t tell the difference so I just leave it at 7psi.

MHW100 said:
I'm at 4.6 sec on dragy with every upgrade on e30. Totally ****** off and disappointed. Matt thinks the converter is slipping and doesn't lock until 2 or 3 gears. Guess another expensive repair is coming.
Click to expand...

Man that’s a tough one! I’d drain the trans fluid and fill it back up, then over fill it by about half a quart….cross my fingers and try again. 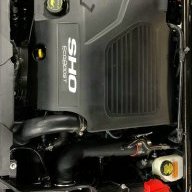 Man that’s a tough one! I’d drain the trans fluid and fill it back up, then over fill it by about half a quart….cross my fingers and try again.
Click to expand...

Thank you. I'll give it a try. I so that annually so it's about 8 months into fresh oil and over fill by a pint.

MHW100 said:
Thank you. I'll give it a try. I so that annually so it's about 8 months into fresh oil and over fill by a pint.
Click to expand...

Yeah I’d throw some new fluid at it in hopes of an improvement before looking into replacing the TC. 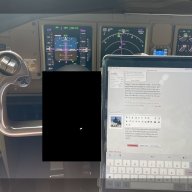 MHW100 said:
I'm at 4.6 sec on dragy with every upgrade on e30. Totally ****** off and disappointed. Matt thinks the converter is slipping and doesn't lock until 2 or 3 gears. Guess another expensive repair is coming.
Click to expand...

Debated on rather or not to reply to this because people are so sensitive now days.

I convinced a buddy to go buy a sho as an extra car because they make great sleepers. He, like you, ordered every part you can think of. We compression checked and timed the car before anything was done. The car was very solid and real low miles. After everything was completed he had a number of issues but eventually ended up with a GHT e30 tune. It ran pretty strong but on draggy was a 12.7 at 109. I felt so bad I offered to buy the car from him.

We're both airline pilots and both fly 777's so we dont go home everynight. He needed a tuner that would work with him on odd hours and odd days and short notice. He hooked up with Unleashed after reading this site. They arent done with the tuning but on 93 with 2 lard ***** in the car we went [email protected] (it was 100* outside heat soaked car on pavement after it had sat in my drive for 30 min) They arent done and that MPH tells me that car is probably going to be pretty quick on a track. He said he planes to work on a e30 tune next. I think he has a stock exhaust too because he's been waiting for 5mo for down pipes roflmao....

Ive never worked with any of these people my car was bought with about every mod on it. It's an extra car that runs pretty well so Ive never touched it, but his car has been an adventure. So in short don't feel bad get some logs and maybe a second opinion.
Last edited: Jul 30, 2021

My car was the same way for a month or so while I waited for downpipes. I was FBO minus downpipes. Matt had a ton of constraints on the car until the aftermarket downpipes came in to prevent blowing a head gasket. It was slow for what I had invested but she’s an absolute beast now.

My E30 tune is on revision 14 since December 2020 and I still send logs to Matt. I’ve also had my car dyno tuned separate 3 times when I added major modifications. I’m going for a fourth today. My current PB is 11.47 and it took many draggy runs and track days to get their. No matter who you use it takes time. The community has a small handful of people running 11’s and not one of them went FBO + canned tune or canned tuned with minimal revisions and ran an 11. And that includes every tuner available.

I wouldn’t ignore the TC suggestion. Matt has tuned two different platforms for me and I had some mechanical issues with both. His suggestions were right every time. My SHO had a boost leak and a slight vibration from downpipes making tiny bit of contact with the firewall. My Explorer ST had false knock from my exhaust and he called it a month before I was able to confirm that was the issue. All these issues were handled through data logs.